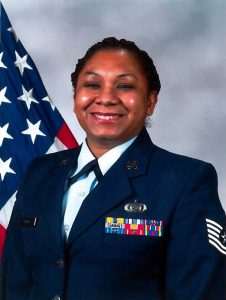 Technical Sergeant Alicia Gopee is the NCOIC of Personnel, Air Force Reserve Officer Training Corps Detachment 535 at Syracuse University. In this capacity she is responsible for managing a myriad of personnel programs and records for 3 active duty officer and enlisted personnel and over 50 USAF officer candidates. She also oversees security clearance, enlistment, categorization and commissioning processes.

Sergeant Gopee was born in Trinidad, West Indies and raised in Brooklyn, New York where she entered the Air Force in September 2005, as a Personnelist. She has held multiple leadership positions with a diverse experience in Human Resources, AFPC Assignment NCO as well as the Acting Superintendent, Military Personnel Flight, Dover AFB, DE. She is married to Derrick Sr., and has a son that goes by Jr.