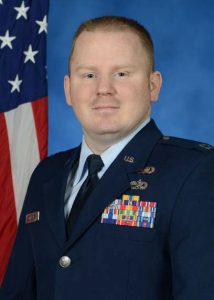 Capt Stebbins hails from Arab, AL. He enlisted in the Air Force as an Aerospace Propulsion Maintenance Apprentice in 2001 at Lackland Air Force Base. He then cross-trained into the Air Force Recruiting Service as an enlisted accessions recruiter in 2006. Later, he earned his commission in 2012 from Officer Training School. He is a core Acquisitions Manager where he is responsible for contract management and development, program management and logistical support.

PUBLICATIONS
“Wind Tunnel Testing in the Department of Defense,” ITEA, 2015