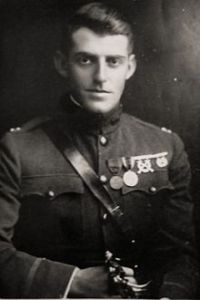 Colonel Sidney F. Mashbir, the first ROTC commander at Syracuse University, wrote “it should be the aim of Syracuse University to maintain one or more units of the Reserve Officers Training Corps (ROTC) in order that in time of national emergency there may be a sufficient number of educated men, trained in Military Science and Tactics, to officer and lead intelligently the units of the large armies upon which the safety of the country will depend.”