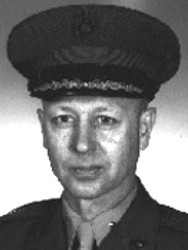 Jerome T. Hagen was born on January 28, 1933 in Norma, North Dakota. He transferred from Minot State College to Syracuse University where he graduated with his Bachelor of Arts degree. After his time at SU, Hagen went on to receive his Master’s degree from the University of Michigan in Ann Arbor.

Hagen enlisted in the United States Marine Corps in 1952 at age 19, and upon completing boot camp, he received orders to serve as a drill instructor at the San Diego Recruit Depot. Like many of his fellow colleagues, Hagen was deployed to both Korea and Vietnam. Among several decorations, Hagen awarded the Silver Star for actions as a Lieutenant Colonel during the Vietnam War. He flew 483 combat missions in the A-4 “Skyhawk” aircraft. He came back with stories like his uncles and 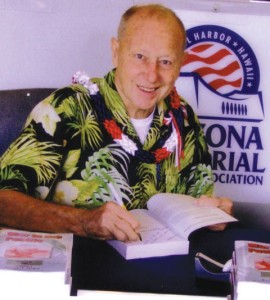 relatives before him; one of which illustrated his courage in an instrumental, hazardous mission. On February 27, 1971, Operation Lam Son 719, Lieutenant Colonel Hagen took off in his A-4 Skyhawk aircraft to provide close air support. Despite the heavy fire, severely restricted area of maneuverability, and the undaunted reality that an extremely heavy volume of North Vietnamese fire was directed right at him, he fearlessly and with precision, targeted several enemy tanks. As a result, the North Vietnamese were forced to abandon two other tanks and cease their attempt to overrun the base. 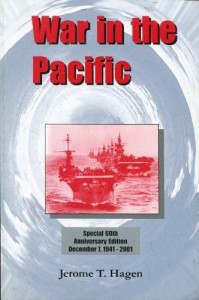 Jerome T. Hagen supports Minot State University (MSU) students and the university, where he once attended, with a scholarship endowment in his name. He is also on the advisory board for the Pacific Aviation Museum at Pearl Harbor. Hagen also contributes to the U.S.S. Arizona Memorial fund through his book signings, giving all proceeds to the National Park Service. Hagen continues to lecture and travel throughout the Pacific for his “interest in the war is continuing.”

Brigadier General Jerome T. Hagen is an alumnus of Syracuse University and a veteran of the U.S. military. You should know his story.