Reddel, the eldest son of Walter and Fredora Reddel, was born and raised in the small town of Gurley in western Nebraska. After growing up in Nebraska, Reddel attended Drake University in Iowa, where he received a Bachelor of Science degree. In addition to his studies at the Maxwell School at Syracuse University (MA, 1962) and Indiana University-Bloomington, where he received a PhD in Russian and East European Studies in 1973, Reddel also studied abroad at the Institute for the Study of the USSR in Munich, Germany. While in Europe, he also undertook individual research projects at Moscow State University (Moscow, Russian Federation) and at the US Army Russian Institute (Garmisch, Germany).

After receiving his PhD, Reddel worked as a Postdoctoral Fellow in the Defense Studies Department at the University of Edinburgh, Scotland. Reddel entered into the United States Air Force and worked in many military and civilian positions, including as the Executive Officer of the Air Force Section of the Joint United States Military Mission for Aid to Turkey (JUSMMAT). He also served as a Team Chief for the On-Site Inspection Agency for the implementation of the Intermediate Nuclear Forces (INF) treaty, in addition to leading missile destruction teams in the former Soviet Union.

Given his love for history and expertise in Russian and Eastern European Studies, he started teaching in the Department of History at the US Air Force Academy in Colorado Springs in 1982, teaching many undergraduate courses in Russian studies. In addition to being a professor and Chair of the History Department at the Academy, he also founded the Academy’s Area Studies Council and chaired the Slavic and Eastern European Studies Group. His tenure at the Air Force Academy, from 1982-1999, was filled with success, from these institutional programs to his experience as a Research Associate at the Air Force Research Associates Program. During his service in the Air Force Reddel was promoted to Brigadier General of the United States Air Force. 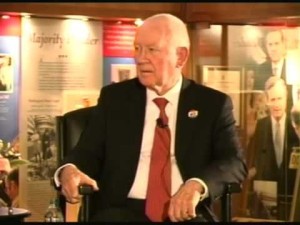 After leaving the Air Force Academy in 1999, Reddel joined the Eisenhower World Affairs Institute, a center for leadership and policy run by Gettysburg College, as its President and CEO. However, Reddel stayed only a year at the Eisenhower World Affairs Institute before leaving to lead the Eisenhower Memorial Commission in 2001. Under his tenure with the Eisenhower Memorial Commission, which currently includes eight current congressmen and senators, Reddel has led the charge on a proposal to create a four-acre monument commemorating his legacy to the late President Dwight D. Eisenhower near the Department of Education in Washington, DC. While the proposal for the monument has come under fire from two of Eisenhower’s daughters, Reddel continues to campaign vigorously for the monument to this day, with a rare example of bi-partisan support for the monument in both houses of Congress.

Carl W. Reddel is an alumnus of Syracuse University and a veteran of the U.S. military. You should know his story.