United States Air Force Veteran and Syracuse University Employee Phil Benedict is from Pompey New York. He enlisted in the U.S. Air Force in spring of 1977 as an Aircraft Aerospace Technician. During his active-duty service, Phil was stationed in Royal Air Force (RAF) Upper Heyford, England and Eglin Air Force Base, Florida, followed by continued service in the Air Force Reserves, Air National Guard, and the Navy Reserves. 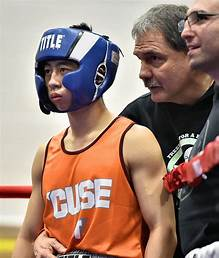 As a boxer, Phil also qualified for the 1980 Olympics in the Light Heavyweight Division. However, he never made it to the competition, as this was the same year the United States boycotted the 1980 Olympics Games.

After his military service, Phil went on to become the Onondaga County Deputy Sheriff and began working at Syracuse University as a machinist. 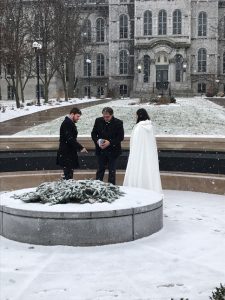 Phil is an expert marital artist studying since he was 12 years old, an ordained minister and a law enforcement instructor.  In his spare time Phill is an avid hunter who enjoys hunting alligator and wild boar in the great State of Florida.

Today, Phil works for Syracuse University Facilities Services as a Building supervisor overseeing some of the most notable buildings on campus to include National Veterans Resource Center at the Daniel & Gayle D’Aniello Building. Phil is an active member of the Syracuse University Veterans Affinity Group.