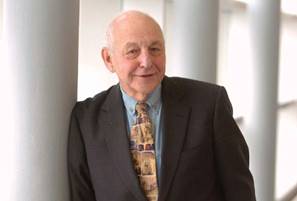 Martin’s story starts and endures with strong ties to the Syracuse community. Born in the Bronx, New York on September 30, 1924, Martin was called to serve his country in World War II, where he served in the Pacific Theater. Mr. Whitman returned to New York State after the war, but instead of returning to New York City, he found a home in Syracuse. He enrolled at Syracuse University and graduated magna cum laude in 1949 with a bachelor’s degree in business administration. Upon graduation, he worked as a security analyst at Shearson, Hammill & Co. before first dabbling in investment banking with the Rosenwald family, renowned for its ties to Sears, Roebuck, & Co. Later, he went on to earn a master’s degree in economics from the New School of Social Research (now New School University) in New York City.

As a 50-year veteran securities investor, Martin’s accomplishments are unrivaled. In 1974, he founded the M.J. Whitman LLC, a broker-dealer firm that later affiliated with Third Avenue Management, founded in 1986. Additionally, he has co-managed Third Avenue Value Fund since 1990. Third Avenue Value currently manages over $21 billion in assets for clients, demonstrating Whitman’s success in leadership and the business world. 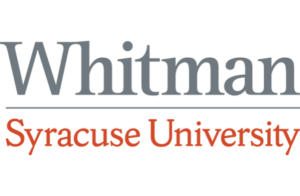 After construction of a new, state-of-the-art-facility in June 2003, Syracuse University honored Martin’s legacy and success by proudly naming the Whitman School of Management after him. He also serves as an honorary member of the University Board of Trustees. His commitment to education is further demonstrated by his membership on the Board of the Institute for National Security Studies, affiliated with Tel Aviv University.

Eager to share his wealth of knowledge with others, Martin has authored several books including The Aggressive Conservative Investor with Martin Shubik, and Value Investing—A Balanced Approach. What’s more, Martin also returned to school, teaching as an adjunct professor at the Yale University School of Management and at the school that bears his namesake at Syracuse University.

Today, Martin is 90 years old. Upon his retirement in 2012, he transferred responsibility to his co-manager and protégé of Third Avenue Value Fund, Ian Lapey. At long last, he is enjoying his well-earned retirement. His career accomplishments exhibit passion for his work and demonstrate an intellect, ambition, and compassion that can only be cultivated through his unique experiences as a service member, a scholar, and a businessman.

Martin J. Whitman is an alumnus of Syracuse University, and a veteran of the U.S. military. You should know his story.