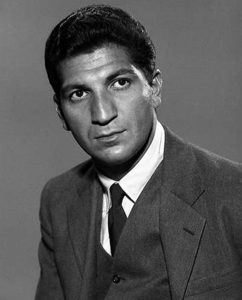 Nicholas Georgiade was a boxer in high school in New York City, but he dropped out to join the US Army. He served in the Korean War, during which he won the Army European heavyweight title. After his time in the Army, Georgiade received an athletic scholarship to Syracuse University. As he did not finish high school, he had to take an entrance exam. Passing, he went on to study sociology and psychology. He continued to box throughout his time at the university. Georgiade intended to become a teacher but was discovered by Lucille Ball while he participated in a California theater production and went on to star in a number of television and film roles. He is best known for roles in The Untouchables, Fit to Kill, and Indecent Proposal.

Info from (https://www.newspapers.com/clip/15681481/nicholas_georgiade/ and IMDB)