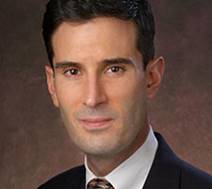 Influenced by the passion for service instilled in his family lineage, Jones enlisted in the United States Army after high school, in part as a promise to his ailing father to support the family. Jones had grown up in a military family and hoped to make the Army his career. He joined as an infantryman and achieved his ultimate goal of becoming an Airborne Ranger. Jones considers graduating from the U.S. Army’s Ranger School his high point, a testament to his perseverance and hard work since an injury near the end forced him to be recycled back to the beginning of the 61-day course. For four years, he served with both the 75th Ranger Regiment and 10th Mountain Division as a squad leader. Unfortunately, a parachute malfunction during an airborne assault training exercise drastically altered his career plans.

After taking an occupational test while convalescing from severe fractures to his legs and back, the potential of becoming an accountant renewed Jones’ sense of drive. With the mentorship of Professor Horace Landry, head of the accounting program and a WWII Navy veteran, Jones was accepted to Syracuse University’s Whitman School of Management. He graduated in 1992 summa cum laude with a bachelor’s degree in accounting. But Ranger Jones wasn’t finished. He drove on, earning his law degree and master’s in accounting from Syracuse University in 1995 as well as a Master of Laws from Boston University. Jones was admitted to the Order of the Barristers, a U.S. National Honor Society through law school oral advocacy programs, for excelling in his academia, advocacy, and service to Syracuse.

By 2005, Jones had spent over 10 years as a certified public account and tax lawyer with Ernst & Young, working in its department of media and entertainment transaction advisory services. In addition, Jones served as a law clerk for the New York State Supreme Court, Appellate Division, in the chambers of the Honorable Judge John P. Balio. 2005 was marked by several important positions for Jones served as vice president, senior tax counsel, and assistant treasurer for General Electric (NBC Universal), where his responsibilities included all domestic and international tax planning, structuring, mergers and acquisitions, and operations. As a member of the American Institute of Certified Public Accountants and the NY Society of CPAs, Jones has served, and continues to, on the Corporate and Partnership Taxation Committees. He is a member of the American Bar Association, NY State Bar Association, and the American Association of Attorney-Certified Public Accountants. A frequent and noted lecturer, Jones has become a faculty member of the Practicing Law Institute. 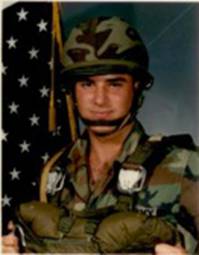 Currently, Richard M. Jones serves as the Executive Vice President, general tax counsel, and chief veteran officer for CBS Corporation, responsible for oversight on global tax planning, strategy, operations, litigation and legislative matters—in addition to CBS’s veteran-related initiatives. Jones tries to ensure the sacrifices of veterans and their families are never left unnoticed and recognized by promoting wellbeing through these programs and benefits. Jones works closely with several veteran organizations and is a life member of both the American Legion and DAV (Disabled American Veterans). He also serves on the congressionally mandated federal Advisory Committee on Veterans’ Employment, Training, and Employer Outreach (ACVETEO) for the U.S. Department of Labor.

Jones’ devotion to our nation’s veterans is beyond reproach. He sits on boards for the Wounded Warrior Project, the Institute for Veterans and Military Families at Syracuse University, the Uniformed Services Justice and Advocacy Group, the Easter Seals Dixon Center for Military and Veterans Community Services, the Aaron Grider Foundation, the Warrior Family Foundation, and Honor Vet, among others. Jones is clearly an important voice and advocate of our transitioning veterans, as he said, “Each one of us has the power to make a huge difference. At the end of the day, it is the small cadre of committed veteran advocates who have, and always will, make the greatest impact in the lives of our transitioning service members and their families.”

Richard M. Jones is an alumnus of Syracuse University and a veteran of the U.S. military. You should know his story.