Spouses of our nation’s military service members face a unique set of challenges. With frequent relocation and limited access to career-enhancing opportunities as a result of these relocations, military spouses can sometimes struggle with feeling left behind. In a recent survey, Syracuse’s Institute for Veterans and Military Families (IVMF) found that 90 percent of female spouses of active duty service members reported being underemployed, meaning they possess more formal education and experience than needed at their current or most recent position. Similarly, data from the American Community Survey (ACS) show military spouses make an average of 38 percent less total personal income and are 30 percent more likely to be unemployed than civilian counterparts. 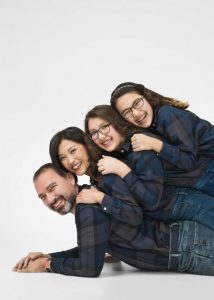 Shanon Meeks knows these challenges firsthand. Originally from South Korea, she met her now-husband while he was stationed there. After they married and returned to the U.S., she recalls having difficulty figuring out what she wanted to do for work. “When I first came to the U.S., I wasn’t sure what I wanted to do,” she says. “Even though I spoke English as my second language, it seemed difficult to find opportunities for myself.”

As a military spouse and familiar with the Army through her husband, she ultimately decided to enlist alongside her husband.

Following her first contract, Meeks, a new mom at the time, entered civil service. After working for 12 years in civil service as a budget analyst, she took a three-week finance course at Syracuse University. Here, she learned about the University’s Defense Comptrollership Program (DCP), a unique cooperative endeavor between the University and the Department of Defense in which candidates earn both a master’s degree in business administration (MBA) and an executive master’s degree of public administration (EMPA) degree.

“When the program director explained the program and how it can shape your career and future, I got excited about the opportunity,” says Meeks. “I can’t imagine how much of what I’m learning will impact my management and leadership skills.”