Comprised of leaders with diverse and deep levels of experience from the military, government, business, higher education, and public service sectors, the Board will provide advice and counsel to University leadership related to programs, initiatives, and opportunities positioned to advance the educational aspirations of the University’s veteran and military-connected students.

Rich serves as Executive Vice President, General Tax Counsel and Chief Veteran Officer for ViacomCBS. As the Company’s General Tax Counsel, he leads the Company’s worldwide tax practice.  In this role he oversees all tax planning, strategy, operations, risk management, litigation, government relations and legislative initiatives. Rich was a key part of the senior leadership team that re-combined Viacom and CBS. Rich founded the ViacomCBS Veterans Network where he oversees and coordinates all veteran/military-related initiatives and programming for the Company.

Prior to the merger, Rich served as Executive Vice President, General Tax Counsel and Chief Veteran Officer for CBS Corporation. Prior to joining Viacom in 2005, Rich served as Vice President, Senior Tax Counsel and Assistant Treasurer for General Electric (NBC Universal). Before joining General Electric in 2003, he spent more than a decade as both a Certified Public Accountant and Tax Lawyer with Ernst & Young, working in their Media & Entertainment and Transaction Advisory Services practices. Rich also served as a Law Clerk for the New York State Supreme Court, Appellate Division, for of the Honorable Judge John P. Balio. Prior to re-entering civilian life, Rich was a non-commissioned officer in the U.S. Army, where he served honorably as a member of the 75th Ranger Regiment and 10th Mountain Division.

In 2009, Congress appointed him to serve on the advisory committee on Veterans’ Employment, Training and Employer Outreach (ACVETEO). He sits on the boards of the Wounded Warrior Project, Syracuse University’s Office of Veteran and Military Affairs, The Institute for Veterans and Military Families, Empire Vets, the National Veterans Memorial & Museum and is an advisor to the Army Ranger Lead the Way Fund, the GallantFew, The Darby Project, Veterans Advantage, and the Fisher House Foundation.

Rich received multiple degrees from Syracuse University, a BS in accounting in 1992 and an MS in accounting in 1995 from the Martin J. Whitman School of Management and a JD from the College of Law. He also graduated from Boston University in 1998 earning an LLM in both corporate and tax law. Rich is admitted to practice before the Courts of New York, Connecticut, and the District of Columbia, and is licensed to practice before the U.S. Supreme Court and the U.S. Tax Court. Rich is a frequent and noted lecturer for Bloomberg, the NACD and the Practicing Law Institute, where he is a member of the faculty. In 2014, the University honored Rich with the George Arents Award, the highest award presented to Syracuse University alumni. 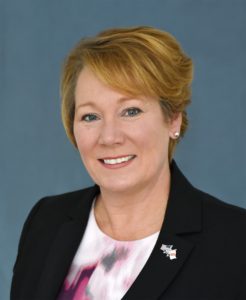 Major General Peggy C. Combs, a two-star general, is the Chief of Staff, North American Aerospace Defense Command and U.S. Northern Command, Peterson Air Force Base, Colorado.  She began her decorated military career as a distinguished military graduate of the Reserve Officer Training Corps Program at Syracuse University in 1985, as a commissioned officer in the United States Army Chemical Corps.  Peggy is the highest-ranking female military officer to graduate from Syracuse University, the first female general officer from upstate New York, and the first in her family to attend college.

Throughout her 30+ year service, General Combs has served in a variety of leadership and staff positions at the tactical, operational and strategic levels.  She is also a veteran of Operations Enduring Freedom and Iraqi Freedom. Given her demonstrated leadership, the U.S. Army selected Combs for command of Fort Knox and the U.S. Army Cadet Command in 2014, the first and only woman to be appointed to this position, setting an outstanding example for aspiring women leaders. 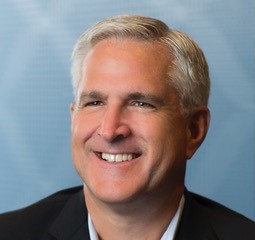 Paul currently serves as Vice President of Global Shared Services at General Mills where he is responsible for setting the strategic direction and delivery of enterprise shared services. His areas of accountability include financial and employee shared services, global real estate services and management of the General Mills India Center.

Paul joined General Mills in 2018 after a long career at American Express where he held a variety of global senior management positions. He most recently served as Executive Vice President of Global Business Services (GBS). The GBS organization provided a range of critical internal services including financial operations, global supplier management, global real estate and business strategy and execution.

Early in his career, Paul worked as a programmer analyst for Rockwell International and TransAmerica Life Insurance.

Paul has a BS in computer information systems from Northern Arizona University and an MBA from Pepperdine University. He currently serves as an advisory board member for the Office of Veteran and Military Affairs at Syracuse University. 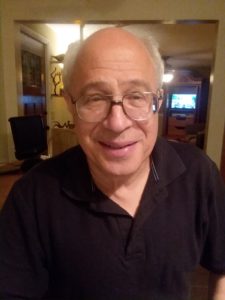 Gary Ginsburg is a native of Syracuse, NY and currently resides in Webster, NY (near Rochester, NY). Gary graduated from Syracuse University in 1972 where he earned a BS in TV-Radio.

Following graduation, Gary enlisted in the U.S. Army and served in the states and overseas and used his GI Bill educational benefits to obtain his master’s degree from the University of Southern California in 1979. He served honorably and retired from the U.S. Army after more than 33 years of service. He attained the rank of Command Sergeant Major.

Currently, Gary volunteers at the Veteran Outreach Center in Rochester NY assisting transitioning service members and is a member of the West Point, NY retired Soldier Council and the Syracuse University OVMA advisory board. Gary is also active with the Jewish War Veterans of the U.S.A. as both junior vice commander for the state of New York and a member of the national executive committee based in Washington DC. He continues with some degree of physical fitness – swimming laps about 900 meters 4 or 5 times per week. 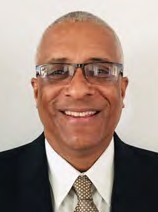 Millard “Mickay” Hall, Jr. is an operations executive who serves as Associate Vice President, Specialized Services at ISS Facilities-North America, a leading workplace experience and facilities management company.  Prior, to joining ISS Facilities in 2019, Mickay served in multiple operations roles at media and marketing services company Valassis Communications Inc., from 2003 – 2019.   He was named senior vice president of operations in 2011, at Valassis Communications, and managed Valassis’ print and direct-mail operations in the Eastern United States.  His corporate career began in 1997 at Coca-Cola as a Project Manager, before being promoted to Senior Project Manager, Burger King Account Team where he managed preventative maintenance related service initiatives and improvements which reduced service costs by more than $1.5 million.

Mickay graduated from Syracuse University in 1988. He earned an MBA from the Martin J. Whitman School of Management, where he majored in organization and management and completed the Army Comptrollership program. Additionally, he is a graduate of the United States Military Academy at West Point. 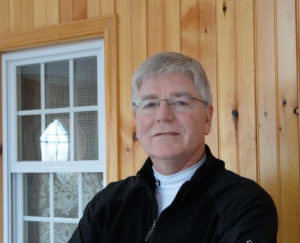 Jim Lee lives in Syracuse, NY and has recently retired from the Petroleum Distribution business after more than 31 years. Jim is an Equity Partner with Menio Global, an Independent Agent of Card Connect – a First Data (now Fiserv) Company. He was Chairman of the Harold Lee Open Golf Tournament, named in honor of his father Harold who served in the United States Coast Guard. The Harold Lee Open was a fundraising event which raised $372,519 to benefit disabled veterans through various local organizations. Of that amount raised, $207,383.76 went to the Entrepreneurship Bootcamp for Veterans (EBV) Program at Syracuse University.

Jim has also been the recipient of the Onondaga County Veterans Council Humanitarian of the Year Award and the Martin J. Whitman School of Management Dean’s Citation for Exceptional Service Award.

Jim and his wife Lou Ann have two daughters, Amanda and Suzanne (married to Matt), a son Jay (married to Brittany) and two grandchildren, Andrew and Ben.

Kenneth “Ken” Quaglio is a Senior Partner with the management consulting firm Kearney, a global partnership, serving clients in 40 countries. He leads the Wireline Broadband practice within the Americas Communications, Media and Technology group. Bringing more than 30 years of experience in a variety of management consulting and industry positions, Ken’s expertise ranges from information services, technology, government, communications/media, consumer products, and manufacturing.

Prior to Kearney, Ken was the Chief Executive Office for Celerity where he oversaw company-wide operations and repositioned Celerity as a premier consulting firm within the Randstad Group. Ken transformed and realigned Celerity from the French parent that acquired it in 2017 to Randstad Technology Group in 2021.

Ken is a 29-year U.S. Army veteran with 14 years of active-duty service in the Medical Service Corps where he was Medevac Operations Officer and Instructor Pilot. Ken helped launch the Entrepreneurship Bootcamp for Veterans’ Families at Syracuse University. He is an Independent Director on the Board of Directors at Shenandoah Telecommunications (NASDAQ: SHEN) where he serves on the Audit Committee as well as the Shentel Foundation. Ken actively supports Miriam’s Kitchen, an organization committed to ending chronic homelessness in Washington, DC.

Ken earned a BS in biological science from Florida State University and an MBA in organization and management from Syracuse University’s Martin J. Whitman School of Management. 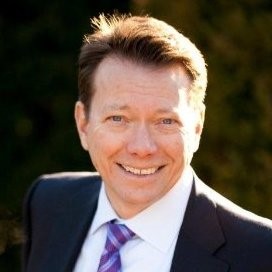 Richardson is a noted industry leader, advisor, coach, and executive consultant. He provides leadership and executive coaching, business optimization and transformation advisory, strategic communications, and other professional services across a diverse client base. His post-military employment history includes serving as a Manager at Coopers & Lybrand LLP; Partner at Arthur Andersen LLP; Partner at Deloitte LLP, and President of FedBid, Inc.

Glenn served in the U.S. Army Reserve and active components, and as a non-commissioned and commissioned officer, his military assignments included the U.S. Army Special Operations Command; U.S. Army, Europe; and The Joint Staff. Glenn is a graduate of the Army (now Defense) Comptrollership Program at Syracuse University and has participated in the Entrepreneurship Bootcamp for Veterans with Disabilities as a speaker and panelist. In addition to an MBA from Syracuse, Glenn earned an MA from the U.S. Naval War College and undergraduate degrees from North Carolina State University.

He currently serves on the Board of Directors for the Human Resources Leadership Forum, and on the advisory boards of several socially conscious companies that do well by doing good.

Glenn is married to the former Carol Thomson of Carluke, Scotland. They currently reside in Leesburg, Virginia with two dogs and one horse. 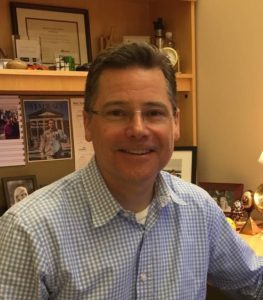 Mark Westervelt serves as Environmental Consultant for Cooperstown Environmental based in Andover, MA. Mark brings a wealth of talent to Cooperstown and has contributed senior-level expertise across a range of managerial functions such as employee development, process management, and project work.

Previously, he retired as Vice President, Software Engineering/Development Management at Fidelity Investments after 28 plus years of service. At Fidelity, Mark was responsible for leading a global software development organization providing software products on behalf of Fidelity’s Institutional businesses. He holds an Operations Professional Series 99 FINRA license as required by his former role. Prior to Fidelity, Mark held several positions at Electronic Data Systems.

Westervelt is the coach of the Boston University Terrier Ski Team, which competes in the United States Collegiate Ski Association. Mark also holds a commercial pilot’s license with an instrument rating, and is President of the Lawrence, MA-based Aeronauts Flying Club; he has flown over 25 charity flights for Angle Flight of New England. In his hometown of North Reading, MA, Mark served multiple terms on the town’s finance committee and coached youth soccer. Mark is the father of Syracuse University Army ROTC Cadet Adam Westervelt ’18. Mark is a graduate of Bentley University where he received degrees in computer information systems and management.

The Office of Veteran and Military Affairs Link

The OVMA serves as Syracuse University’s single point of entry for all veteran and military-related programs and initiatives. Committed to being the “best place for veterans™,” the office assists university stakeholders to support and empower veteran, military-connected and military family member students and employees who are veterans at the University.