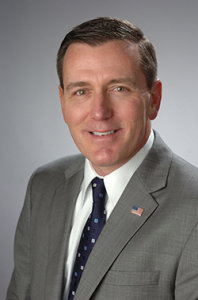 Ron Novack has served as the Executive Director for the Office of Veteran and Military Affairs (OVMA) at Syracuse University since 2015. He leads a campus portfolio responsible for all programs and initiatives related to supporting the over 1,500 military-connected students, family members, and faculty and staff veteran workforce at the university.

Prior to his arrival at Syracuse University, Ron served 33 years on active duty in the United States Army – both as an enlisted soldier and officer – and retired as a Colonel in 2015. He served in the 101st Airborne Division, 82d Airborne Division, 10th Mountain Division, 3rd Infantry Division, and U.S. Special Operations Command (USASOC). Ron commanded an airborne supply company in the 82nd Airborne Division and a Supply and Services Troop in USASOC; an 850 soldier battalion in the 10th Mountain Division with a 15-month deployment during “The Surge” in Iraq; and a 3,000 soldier brigade in the 3rd Infantry Division with a nine-month deployment to Kandahar, Afghanistan. He has deployed to Afghanistan and Iraq five times.

Ron completed his undergraduate degree in Business Management from the University of Maryland. He also holds an MBA from Embry-Riddle Aeronautical University, an M.S. in National Resource Strategy from the National Defense University in Washington, D.C., and an MPA from the Maxwell School of Citizenship and Public Affairs at Syracuse University. 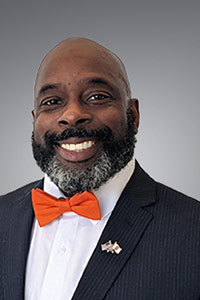 Dwayne Murray is a native New Yorker, from White Plains, NY. He enlisted in the Army out of the Syracuse Recruiting Battalion immediately after graduating from Syracuse University. Prior to returning to Syracuse University, Dwayne spent 25 years on active duty in the United States Army – both as an enlisted soldier and officer – and retired as a Lieutenant Colonel in 2022. He served in the 1st Infantry Division, 7th Infantry Division, 18th Airborne Corps, 1st Corps, U.S. Army South (USARSO), U.S. Army Recruiting Command (USAREC), U.S. Cyber Command (CYBERCOM), U.S. Army Cadet Command (USACC) and the National Security Agency (NSA). 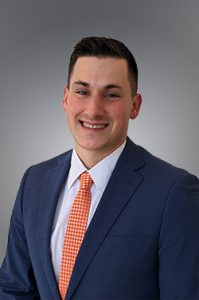 Matt Cunningham is a native New Yorker from Long Island. He currently serves as the Operations Manager for the Office of Veteran and Military Affairs (OVMA). Matt has been with the University since June 2021 and was previously a Facilities Coordinator in the Student Engagement Department housed in the Schine Student Center.

Matt currently serves as a Second Lieutenant in the HHC 427 BSB as a Quartermaster Officer. He attended basic training at Fort Jackson, SC. He then earned his commission through Federal Officer Candidate School down in Fort Benning, GA.

Matt earned his Bachelor of Business Administration from Alfred State College in Sport Management in 2018. He later went on to earn his Master of Science from the State University of New York at Cortland in Sport Management, while also serving as the Sports Information Graduate Assistant. 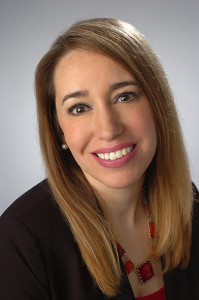 Jennifer Pluta is an accomplished career services professional and champion for the career pathways of student veterans.  In her role as Director of Veteran Career Services at Syracuse University’s Office of Veteran and Military Affairs, she directs and manages the services that assist student veterans, alumni veterans, faculty, and employer partners in the career development and employment needs of student veterans. As a member of the University community for over 15-years, Pluta provides career advising expertise to students and alumni veterans regarding the job-search process, interviewing, resume, and letter writing, and all other facets of career planning through one-on-ones, workshops, conferences, and career immersion trips. Pluta is an Army Reserve Career Counselor serving as Master Sergeant in the U.S. Army Reserve. Currently, she serves as the Chair for the Syracuse University’s Veterans Affinity Group (SUVA), a group open to all members of the University community. Pluta oversee the group’s activities, such as professional development, networking events and volunteering. Pluta holds a Certified Master of Career Services (CMCS), a Global Career Developmental Facilitator (GCDF) certificate. She is a graduate of Alfred University earning a B.A. in Sociology, in addition to an M.S. in Higher Education Administration from Syracuse University.

Student veterans can schedule an appointment with Jennifer through Handshake. 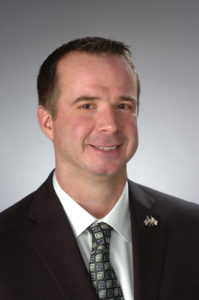 Torok serves as the Director of Information Technology, providing leadership, strategic planning and overall coordination of computing and information services to all entities of Institute for Veterans and Military Families (IVMF) and the Office of Veteran and Military Affairs (OVMA) at Syracuse University. Working in conjunction with the University’s CIO Office and the University Technology Leadership Committee he leads both the IVMF and the OVMA in technology advancement, in support of Syracuse University’s long-standing commitment to veterans and their families.

Torok has over 20 years of experience in Information Technology, both in field and in management roles. Prior to joining IVMF, Torok served as the Technology Program Director at Bryant & Stratton College where he was responsible for overseeing and future growth of four technology programs of study including Network Technology, Security Technology, Office Information Technology and Mobile Application Development. With his passion for technology and lifelong learning, he illustrates the connection between technology and entrepreneurial success as well as between technology and personal development. He is a strategic, analytical intellectual who encourages learning by doing, discerns whether those he supports comprehend the delivery of new and challenging information, and shows sensitivity to learning barriers and motivation triggers by using metaphors, examples, and analogies to clarify understanding and to make difficult concepts memorable.

Throughout his career, Torok has been a leader on many technology initiatives such as the design and implementation of a hands-on network/security student lab environment for 16 college campuses and presentations that include “The Hidden Dangers of Wireless Networks,” “Moodle in the Classroom” and “It Takes a Hacker to Catch a Hacker”.

He holds a bachelor’s degree in Information Technology and a master’s degree in Networking and Network Security from Rochester Institute of Technology. 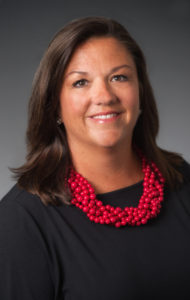 Stephanie Salanger began as director of communications at Syracuse University’s Institute for Veterans and Military Families (IVMF) and Office of Veteran and Military Affairs (OVMA) in 2017, bringing with her more than 25 years of experience in advertising agency and corporate communications roles, covering integrated marketing, public relations, and media relations in a variety of business industries.

Salanger is responsible for driving the national strategy of both the IVMF and OVMA as well as enhancing the reputation of the Syracuse University brand with regards to its imperative of supporting military-connected audiences. She spearheads the communications and design team to deliver impactful messaging and reputation management for the 10 programs within the entrepreneurship, community engagement, education and research portfolio pillars of the IVMF and OVMA.

Salanger previously held senior-level communications roles at Eric Mower and Associates, Time Warner Cable and Charter Communications. She helped with the development and execution of Time Warner Cable’s national Connect a Million Minds STEM Initiative – a national program challenging parents, mentors, students and employers to increase involvement in after-school STEM-related activities. Her STEM in Sports initiative and STEM Regional Science Festival received telecommunications industry Beacon Awards in 2014 and 2015 and she was awarded several Public Relations Society of America and American Advertising Federation awards for her community engagement, publicity and marketing efforts on behalf of a variety of former clients.