On Oct. 6, the University’s Public Health Team identified an emerging cluster of positive COVID-19 cases on campus. Testing revealed more than 60 new cases over the next four days. After consulting with the Onondaga County Health Department, the University determined that aggressive action was needed. This new threat demanded enhanced surveillance testing. “We needed a lot of help and support,” says Pruthvi Kilaru, program manager in the Department of Public Health in the Falk College. Volunteers were needed to swab and log samples at the stadium on a mass scale. The Public Health Team also needed assistance in the lab to pool samples before they were sent to the lab.

The University’s Army Reserve Officer Training Corps (ROTC) answered the call. Led by political science and Middle Eastern studies major Zach Baxter ’21, since Oct. 7 a total of 43 cadets have logged 175 volunteer hours and facilitated an estimated 6000 tests. “Zach has been an integral part in getting people signed up and getting us staffed. They have really been amazing,” says Kilaru.

In August CDTs participated in Operation Agile Leader (OAL) the local replacement for the annual Advanced Camp training at Ft. Know. At they were evaluated on skills taught throughout ROTC such as land navigation, marksmanship, first aid, and tactical leadership abilities.

ROTC cadet Isabella Lee is a physics and neuroscience major who perseveres through difficult work and then enjoys sharing what she’s learned with other students.

Congratulations to the 22 Cadets commissioned to become Second Lieutenants in all three components! You can watch the virtual ceremony below. 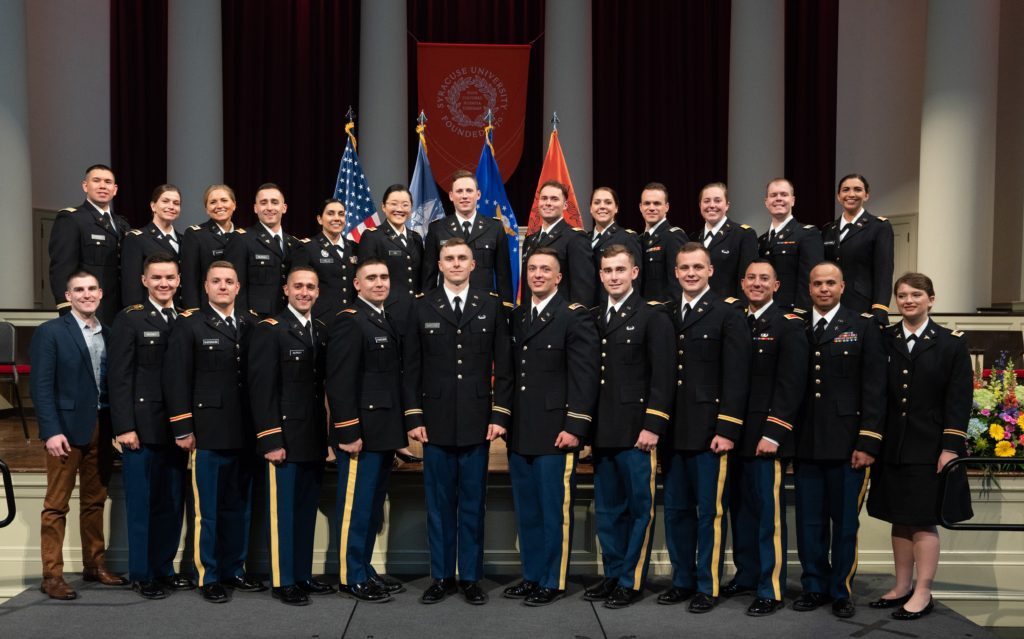 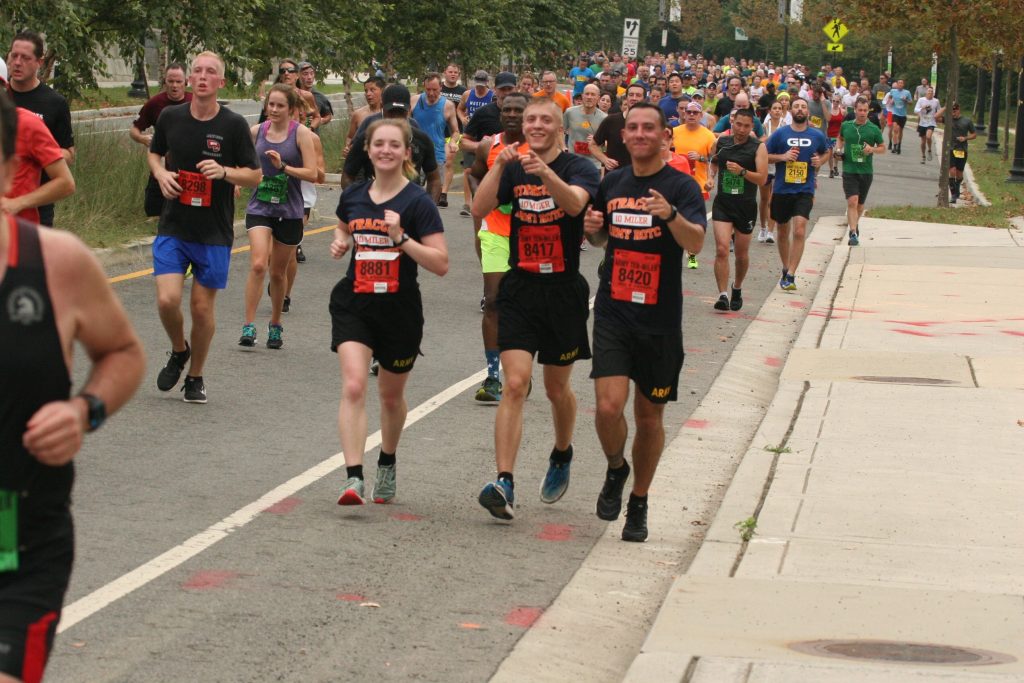 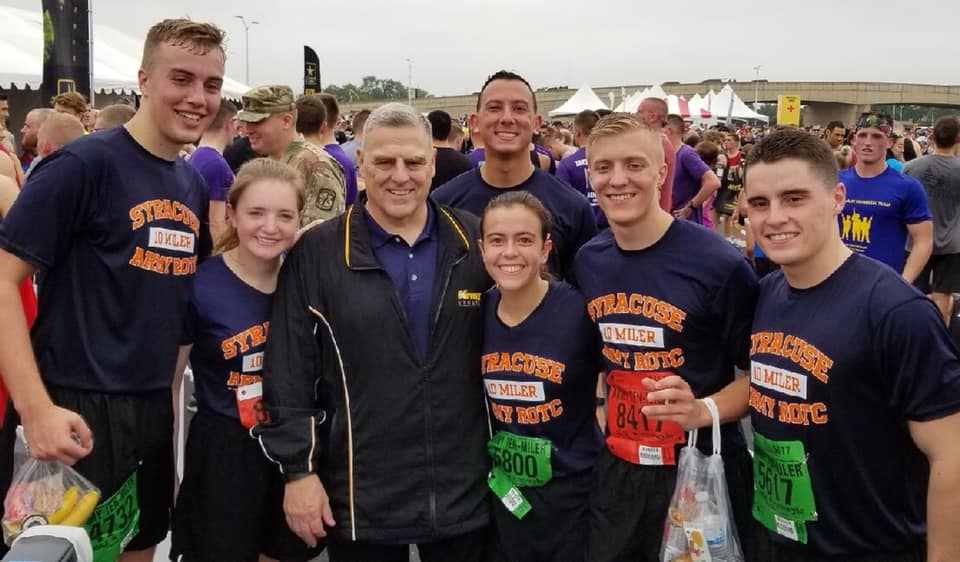 Congratulations to the newest Second Lieutenants of the US Army! 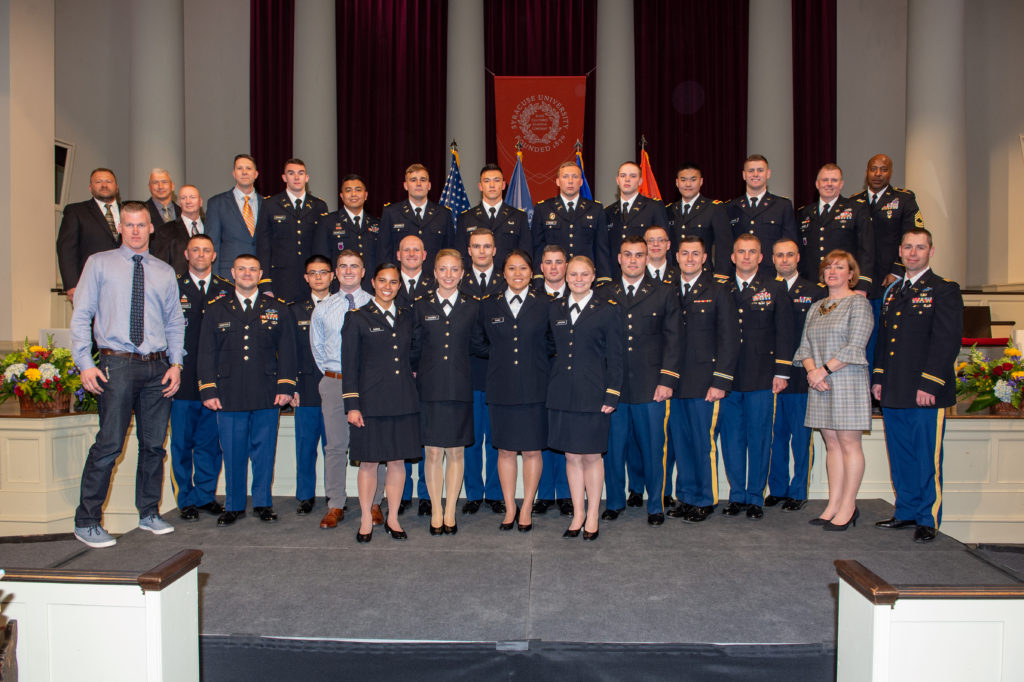 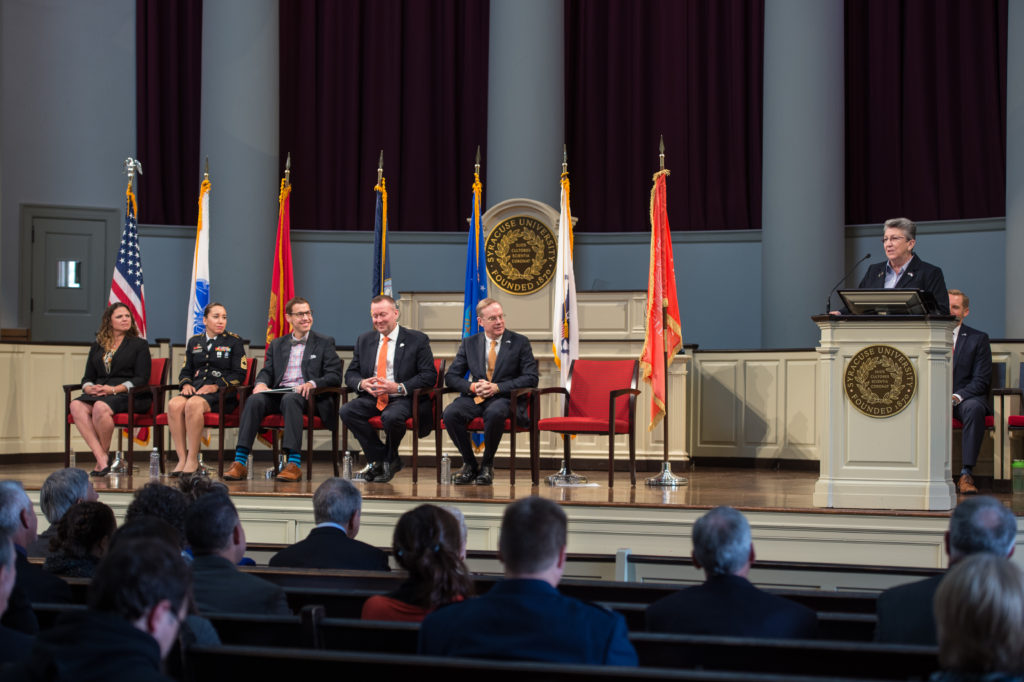 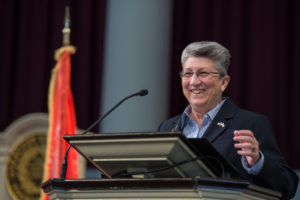 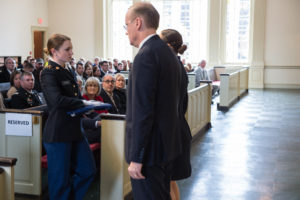 Fun Run 5k: Thank you to all that braved the first of Syracuse’s cold weather blast to support our 5K! 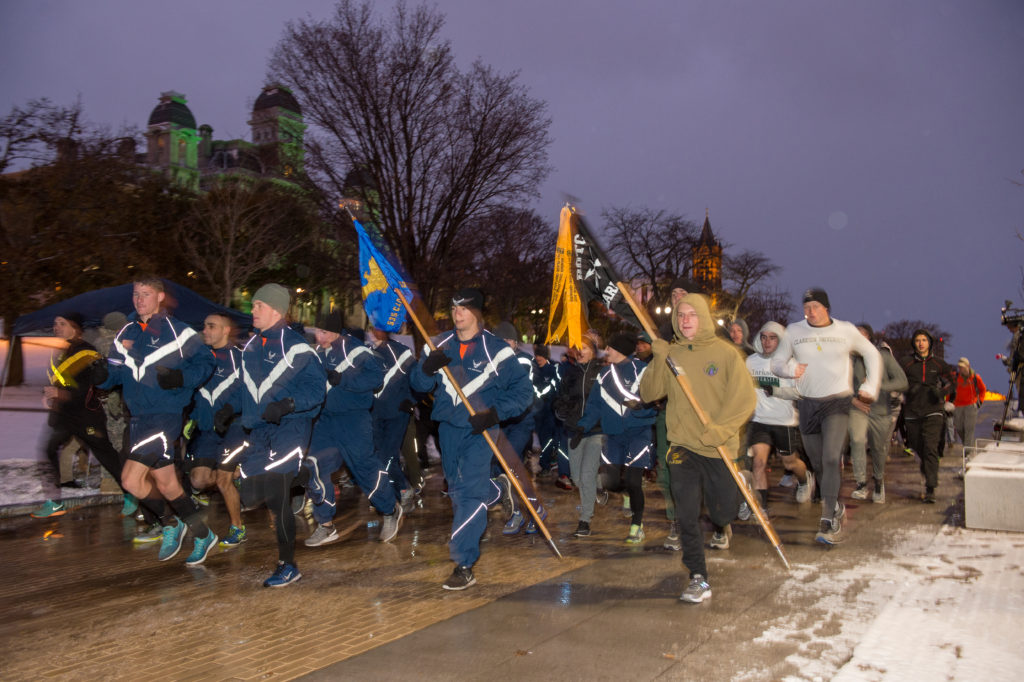 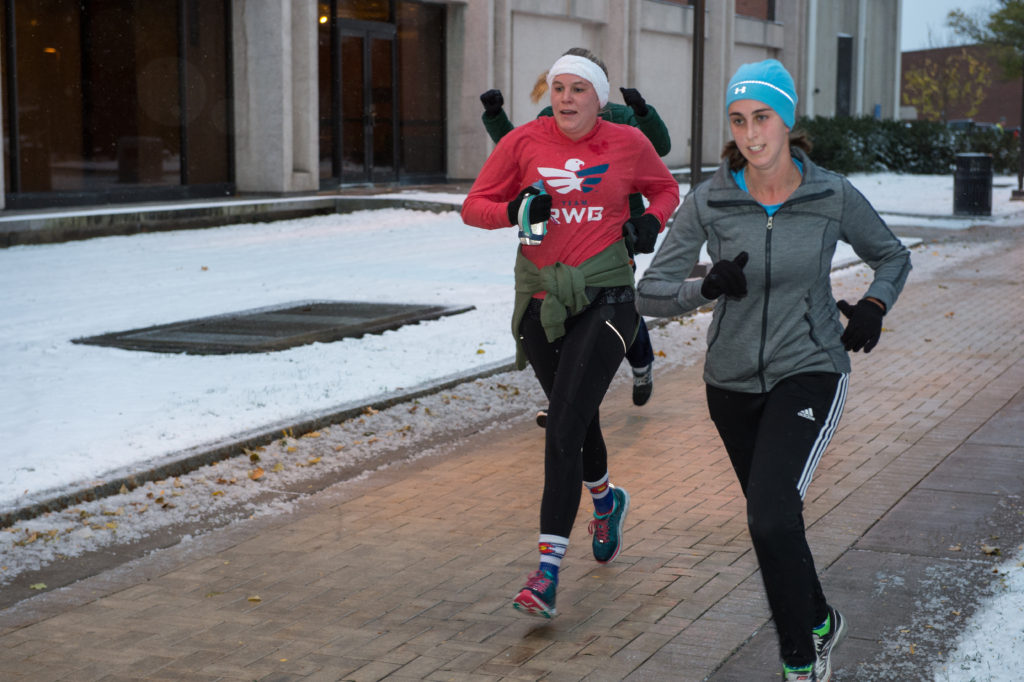 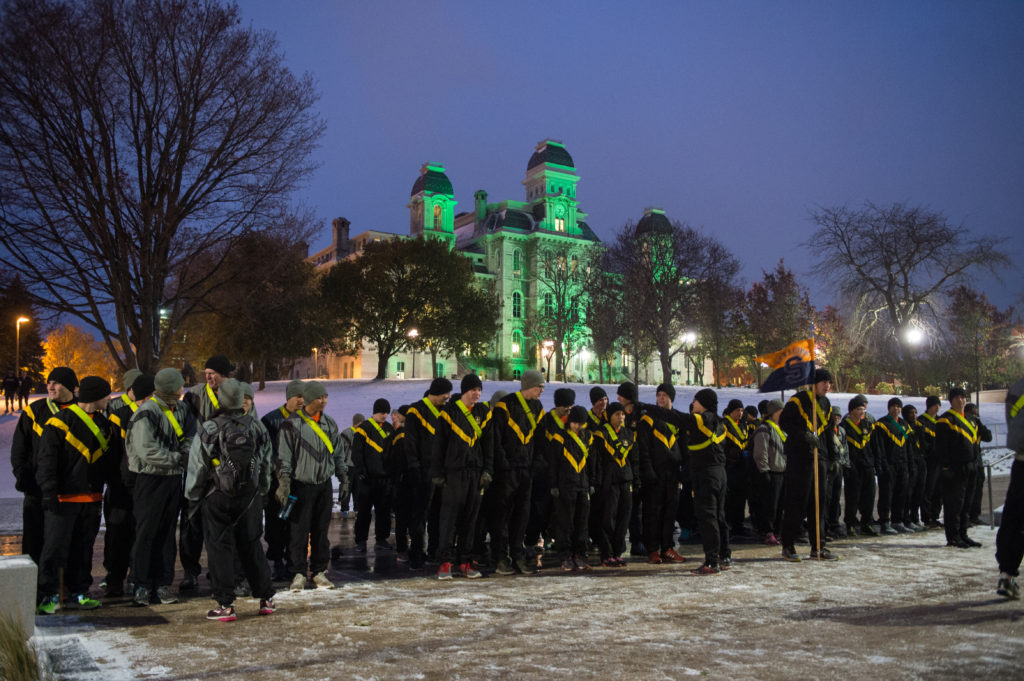 Congratulations to all our newly Commissioned U.S. Army Officers, Class of 2017 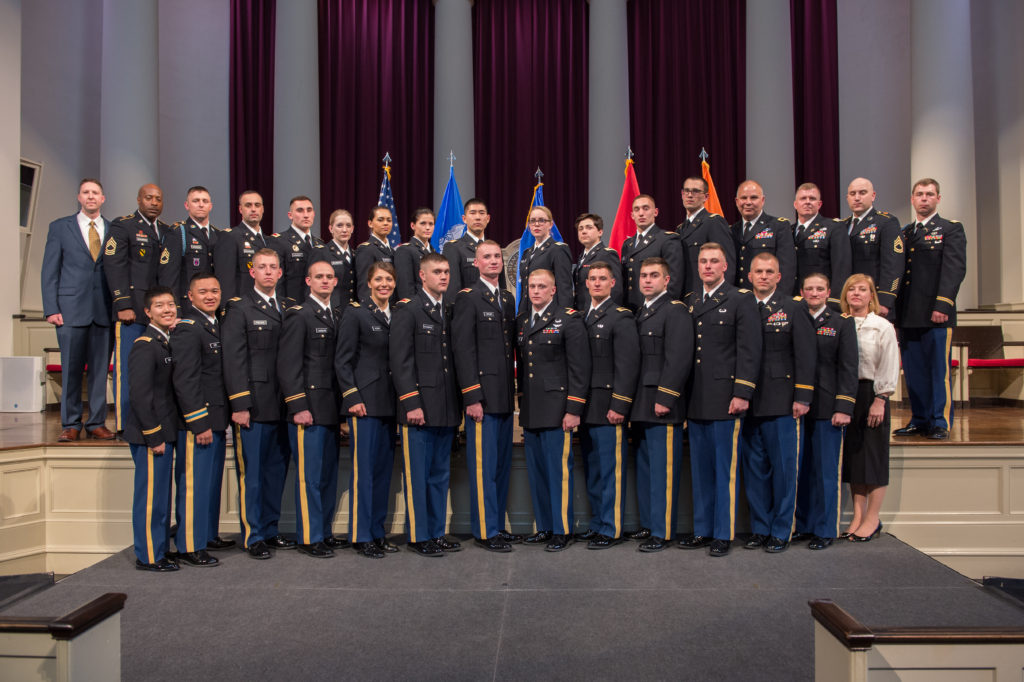 A Thank You to all those who helped celebrate our 100th Chancellor’s Review Ceremony on Friday, March 31, 2017 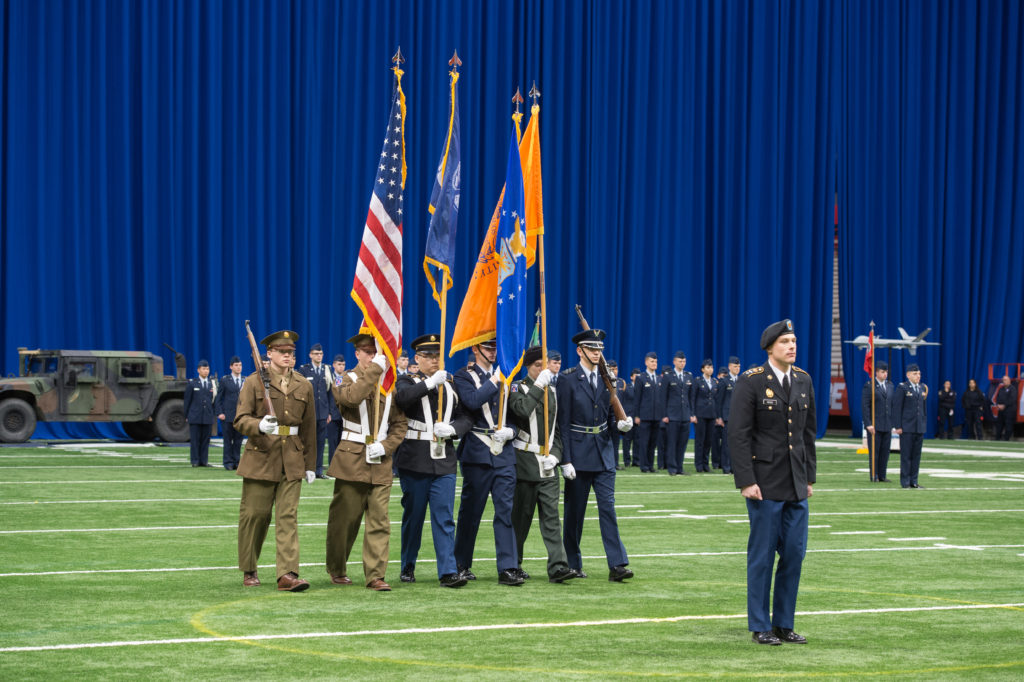 And a throwback to some of our past events….

The days celebration was attended by Chancellor Kent Syverud, the Chancellor’s wife, Dr. Ruth Chen, Professor of Practice at the College of Engineering and Computer Science at Syracuse University;  Vice Chancellor and Director of the Institute of Veterans & Military Families, Dr. J. Michael Haynie; Professor of Military Science & Leadership, LTC Jason Warner and our guest of honor for the event, Mr. Don Waful, the oldest surviving resident Veteran of Syracuse, NY, as well as many more of the campus community, all came together to commemorate this Army celebration. 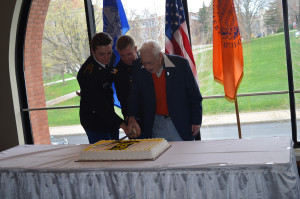 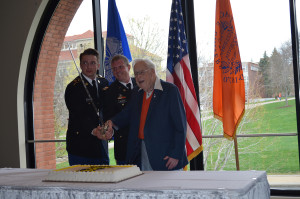 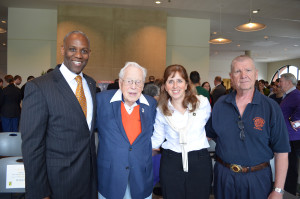 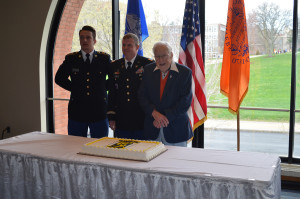 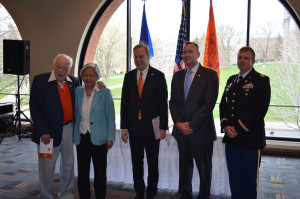 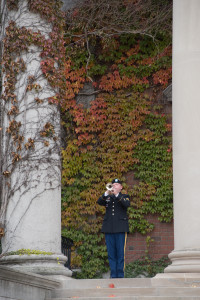 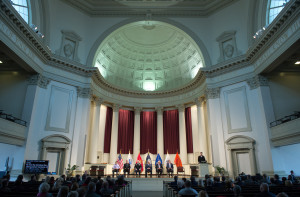 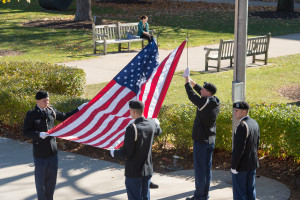 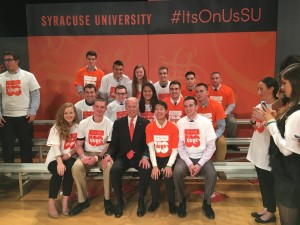 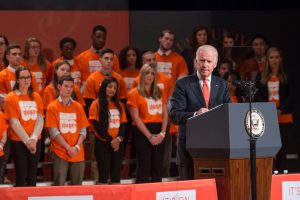