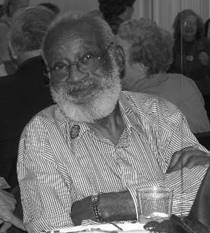 Though born in Struthers, Ohio on November 27, 1923, Albert Lee Gaines and spent the majority of his adolescence in Seneca, New York, where he attended the Seneca Vocational School. Following high school, Gaines went on to Lincoln University in Jefferson City, Missouri; however, in the thick of World War II, he transferred to the Tuskegee Institute in Alabama. There he would go on to make a significant mark on American history.

With much reluctance and through great adversity, Gaines became a member of the now world-renowned Tuskegee Airman in his early 20s. Prior to the Tuskegee Airman, there were no black U.S. military aviators. When Congress forced the U.S. Army Air Corps to form an all-black combat unit in 1941, Gaines was able to complete the course. He graduated Tuskegee University, as a 2nd lieutenant and progressed to the rank of captain as a pilot, bombardier, and eventually flight instructor. While in attendance at Tuskegee, Gaines also met Leola McCoy, whom he would later marry in 1948 and have two daughters.

During the height of WWII, Mr. Gaines was one of the few Tuskegee Airman to join the ranks of a unit known as The Red Tails. This elite group developed a feared reputation among German pilots having been accredited for shooting down 106 enemy aircraft and never losing a plane under escort. It was only later in 1952 that Gaines and several other Tuskegee Airmen were acknowledged for their success by the T.J. Watson family, Eleanor Roosevelt, and the founders of IBM, with whom he would eventually find employment. Notably, when he took the IBM opening exam, he had achieved the highest test scores on record. 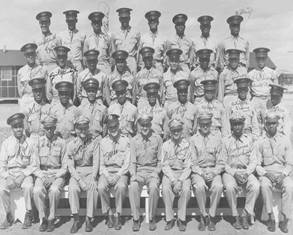 With support from important figures, Gaines was accepted into and attended Syracuse University—it was a “Jackie Robinson moment” as he called it. From Syracuse to Westchester County, he finally settled down in Peekskill, NY, where he worked as a computer engineer. Later, he successfully integrated the New York National Guard and served as the Lakeland School Board President, where he met his “Princess and Best Friend” Addie Viola- Baldwin and married her in 1991. Mr. Gaines retired from IBM in 1999, but he didn’t stop there. He continued to be a legal activist at the Montrose VA Hospital and even ran once for county executive. Gaines fully retired in 2003.

Albert Lee Gaines served as an advocate for civil rights and held significant positions in several local political committees, state associations, and in Westchester community organizations; but most importantly, Gaines was a diverse, kind-hearted, and intelligent man. He enjoyed photography, furniture repair, boxing, and electronic and automobile work, but most of all—being a voice for others. Albert Lee Gaines’ lifetime achievement was helping race relations in this nation. However, according to his second wife, Addie, this humble and discrete man never spoke of his accomplishments. This Ohio-native was a Tuskegee Airman legend, one that gained a high level of respect and will forever be part of our history books.

Albert Lee Gaines is an alumnus of Syracuse University and a veteran of the U.S. military. You should know his story.