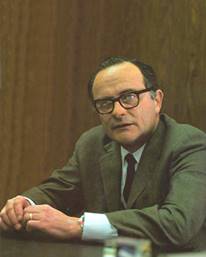 Jack Milton was born in Bloomington, Illinois in 1928. His father worked for Caterpillar as a salesman and regional manager, so he lived in multiple cities throughout his childhood. Once Milton reached high school, his father left the company to become a partner in International Harvester, an agricultural and construction equipment dealer, which grounded the family in Central and Eastern New York.

After high school, Milton attended Syracuse University for a bachelor’s degree in business administration. On his first day, he experienced true love at first sight as he met his future wife, Laura Hanhausen. He accredits his success in school to his wife and father, who kept him focused on his studies and not just staying at the harvester dealership.

Milton graduated from Syracuse University in 1951 and joined the Army. His security clearance took some time, however, due to his family’s excessive relocation. Once his clearance went through, the Army utilized Milton’s prior knowledge of heavy machinery and assigned him to the procurement department, based out of Washington D.C., where he focused on acquiring goods in support of the Korean War.

Once Milton completed his military service, he joined the Perkins-Milton Caterpillar Dealership, where his father was a part owner before passing away at the early age of 51. Milton’s family later sold their share of the dealership and he pursued an opportunity to have a stake in his own CAT Dealership, Jordan Milton Machinery, with his stake partner Bill Jordan. With the state highway project fueling early growth, their company quickly gained a foothold with monthly rentals. In addition, Milton’s management philosophy earned both his employees’ respect and admiration and his customers’ satisfaction. His approach was one of empowerment as he would “clearly communicate his vision, give employees the freedom and tools to make decisions and their job, and then stay out of the way.” 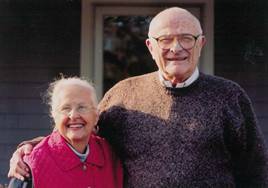 Under Milton’s leadership, his business experienced incredible growth and expansion. In 1982, he purchased the Maine Caterpillar Dealership, and later merged with the Massachusetts, Rhode Island, and Eastern New York Caterpillar territories in 1991. The company was renamed Milton CAT in 2004 with the procurement of the upstate New York Dealership, Syracuse Supply Company. By this time, Milton CAT stretched across the northeast, spanning from logging camps in Maine to underground salt mines and solid waste landfills in NY. Milton CAT also contributes to powering the region’s hospitals, backing up data centers, propelling work boats, and powering school buses and highway trucks. Today, Milton’s company covers six states, 15 locations, and is one of the top performing dealerships worldwide.

Jack Milton is a shining example of focusing hard on the small to grow big. Milton’s principles proved that your vision in life does not have to be grandiose, but should be resolute, uncluttered, straightforward, and connected to what matters most. Milton CAT’s success was due to Milton’s ability to analyze, improve, and appreciate the impact his company has had on the economy and life within the region.

Though Jack Milton recently passed away in early 2015, his life accomplishments were vast and included wartime military service, 65 years of marriage, 55 years of success with Milton CAT, and significant philanthropic contributions to Syracuse University. Made possible through a generous gift to the Life Sciences Complex on the University’s Main Campus, The Milton Atrium is an outward representation of his legacy and the appreciation that he and his wife Laura had for the opportunity of higher education. The atrium is a public space that allows others to “learn, teach, and discover” as Jack Milton’s life has so clearly demonstrated.

Jack Milton is an alumnus of Syracuse University and a veteran of the U.S. military. You should know his story.