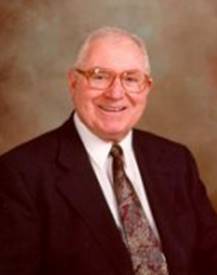 A U.S. Navy veteran, John E. Breyer found his passion for science, technology, and education early on in his career. Following his military service, Breyer received his Bachelor of Science in Electrical Engineering from the University of Illinois and continued his education by taking graduate courses at both Cornell and Syracuse Universities. It was at Cornell’s School of Integrative Plant Science that Breyer found gratifying work in the biophysics laboratory under Dr. Bill Fry, a renowned scholar who specializes in plant epidemiology and expert in late blight disease in potatoes and tomatoes.

Mr. Breyer’s distinguished career in industry launched with General Electric, which brought him and his family to Central New York. For 28 years, Mr. Breyer worked for this Fortune 500 company’s underseas business division and rose to serve as general manager of its surface ship anti-submarine warfare program and eventually general manager of the entire underseas systems business, which operated at $700M annually. While at GE, Breyer further strengthened his ties to Syracuse University by becoming the company’s representative for GE Corporate-sponsored programs on campus. He later joined the Dean’s Council for the L.C. Smith College of Engineering and Computer Science (LCS) in 1994.

In 1989, Mr. Breyer joined the senior management of Scientific-Atlanta, Inc.—now part of CISCO—serving as Vice-President and, later, President. For nine years, he managed several global divisions that manufactured sonar, microwave, electrical power, and telephone grid instruments. Mr. Breyer has since moved on to serving as President, CEO, and Chairman of the Board of Microwave Instrumentation (MI) Technologies LLC, which was formed in 1997 by acquiring assets of Scientific-Atlanta’s microwave instrumentation business.

Though not an SU graduate, Mr. Breyer has become one of Syracuse University’s most loyal trustees of more than 40 years, officially joining the Board in 2001. As a life trustee, Mr. Breyer stated, “I have a passion for educating our young people and feel the University plays a critical role in helping young citizens become contributing members of society and live the American Dream.” In collaboration with faculty members, he actively developed a program for minority students in engineering (a forerunner to today’s PRIDE program). Notably, in 2009, Mr. Breyer and his wife bestowed a 1.1 million-dollar faculty endowment gift to establish the John E. and Patricia A. Breyer Professorship in Electrical Engineering at LCS, aimed to attract world-class faculty to the school devoted to excellence in engineering research and teaching. Upon this announcement, Mr. Breyer declared, “We feel strongly that all citizens should support education, and we wanted to do something that would make a difference for many years to come.” With this faculty chair, his commitment to engineering education and Syracuse University still resonates today.

Mr. Breyer’s ties to Syracuse University also extend beyond his longtime passion for education and L.C. Smith College as a SU parent. His daughter, Deborah Knoblock, graduated with a BS and MS from the School of Education in 1988 and 1990. The Breyers are also proud parents of their youngest daughter, Tamara Ellis, a Georgetown University graduate; and devoted grandparents of three granddaughters.

John E. Breyer is an alumnus and life trustee of Syracuse University and also a veteran of the U.S. military. You should know his story.