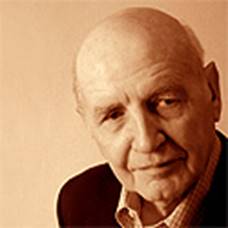 Marshall Gelfand spent nearly a decade of his life moving back and forth between military service and higher education. He received his bachelor’s degree from Syracuse University’s School of Management in 1950—in between his U.S. Navy service in WWII and the Korean War. Gelfand graduated from New York University Law School in 1956.

Eight years later, as Gelfand was just starting his accounting practice, he received a phone call from an attorney, with whom he made an acquaintance at a social event. The acquaintance presented him an opportunity to be the accountant for a singing group going on tour named Peter, Paul, & Mary. They would become his first clients, followed by Neil Diamond, Bob Dylan, James Taylor, Carly Simon, and Debra Winger. In 1967, Marshall M. Gelfand and partners officially founded Gelfand, Rennert & Feldman, LLP, which would become one of the top business management firms in the entertainment industry with 18 partners and 200 staffers and offices in Los Angeles and New York. 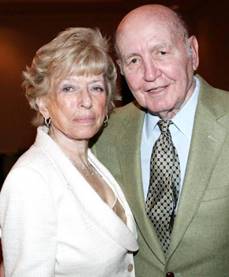 Gelfand balanced an incredible portfolio of philanthropic work with his successful business career. In 1983, Gelfand was appointed to the Syracuse University Board of Trustees and served as a member of the Development and Student Affairs Committees. He was the former president and current treasurer of both the Barbara Sinatra Children’s Center and the Palm Springs Friends of the Philharmonic, and had become and continues to be involved in the Palm Springs, CA community. However, the charitable cause closest to his heart is the Judy Fund, named in honor of his wife, founded in 2003 to partner with the Alzheimer’s Association in raising funds for research and advocacy. In addition, in 2005, Gelfand became one of the founders of the Assuring Century2 Centennial Campaign for the future of Sigma Alpha Mu foundation, which would support leadership development programs, the purchase of a permanent home for the fraternity of Gelfand’s alma mater, and the growth of their scholarship program.

Marshall Gelfand has been recognized in many parts of his life. In 1996, Gelfand was awarded the prestigious Syracuse University’s George Arents Pioneer Medal for his work as chairman emeritus of his fraternity, as a member of the Hildegarde and J. Myer Schine Student Center fundraising committee, and for funding numerous scholarships in his name, to name a few. In 2013, Marshall Gelfand received Variety’s Business Managers Elite Award on behalf of his firm. Then in April 2014, the Alzheimer’s Association awarded him with the Eunice and Sargent Shriver Profiles in Dignity Award for his continuous efforts with the Judy Fund.

Though Marshall Gelfand is semi-retired, he still has two clients on his roster, Barbara Sinatra and 98-year-old author Herman Wouk. At 87, he manages to still make trips from his Palm Spring home to his firm’s Century City office. This is just a snapshot of the accomplishments this remarkable man contributed in numerous civic and cultural organizations, but there is no limit to how long and how much this man can impact.

Marshall M. Gelfand is an alumnus of Syracuse University and a veteran of the U.S. military. You should know his story.