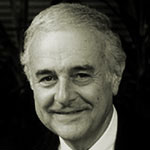 Seymour “Cy” Leslie was born in December of 1922, in Brooklyn, N.Y.  Raised in the Bronx, Cy was a child of the Great Depression, and from an early age took on the burden of working to support his sister and widowed mother, delivering ice and other goods throughout the neighborhood.  After graduating from DeWitt Clinton High School, Cy went on to Syracuse University, and then wartime service with the United States Army’s Signal Corps during World War II.

After the war, Cy started composing birthday songs and other musical themes with his wife Barbara.  The husband-wife team recorded the songs on 45s as greeting cards, and sold them through drugstores.  It was from these humble beginnings, that a career and an entertainment industry icon was born.

In 1953, Cy Leslie founded Pickwick Records, named for the first volume in a set of Dickens novels Leslie had treasured as a youth. The company created compilation discs, a revenue source neglected by the major record labels.

Pickwick went on to experience rapid growth, and became one of the first publicly traded record labels.  By 1957, the label had sold more than 100 million records, licensing efforts from the likes of Sammy Davis, Jr., Fats Waller, and Dizzy Gillespie. Pickwick also released any number of rock & roll records, several of them featuring a then-unknown Lou Reed, who served as a staff songwriter at Pickwick. Pickwick also spun off the subsidiary labels P.I.P. and De-Lite, with the latter notching a series of hits via the funk band Kool & the Gang.

In 1980, Leslie entered the nascent home video business as president of CBS Video Enterprises, two years later becoming founder and chairman of MGM/UA Home Entertainment Group. During his tenure at MGM/UA, Cy was instrumental in transforming home video from a rental business into a sell-through enterprise, in part by introducing and popularizing boxed sets. Among MGM/UA’s first release was the Wizard of Oz, something that didn’t surprise those who knew Cy well (it’s said that Cy always had a ‘crush’ on Judy Garland).

Cy Leslie died in 2008, just a few days past his 85th birthday.  He was a true pioneer of the entertainment industry, and was widely recognized as one of the 20th Century’s most influential and outstanding leaders in the industry. Some of those recognitions include the Record Industry’s Man of The Year (1975), the Presidential award from the National Association of Record Manufacturers (1976), and Time Magazine’s Home Viewer/Time Magazine Man-of-The-Year Award for special achievement (1987). Cy was also Vice Chairman of the Songwriters Hall of Fame, and an active member of the Motion Picture Academy of Arts and Sciences.

Seymour “Cy” Leslie is an alumnus of Syracuse University, and a veteran of the U.S. military. You should know his story.