The terrorist attacks of September 11th, 2001 are viewed as the catalyst for the Global War on Terror (GWOT). Link

Jim Watson, a Journalism major at Newhouse who joined the US Navy, and Preston Keres, an MPJ graduate, documented some of the destruction and sorrow at the ruins of the World Trade Center following the 9/11 attacks. MPJ Program graduate and GWOT combat veteran SSgt Stacy Pearsall, USAF, is the only woman to win the National Press Photographers Association’s Military Photographer of the Year award two times. She founded the Veteran’s Portrait Project and helps share veteran experiences across the country.

Chancellor Kent Syverud formally recognized the importance of this commitment to veterans in his 2014 Inauguration Speech “I believe Syracuse University must once again become the best place for veterans. We have the capacity, we have the opportunity, to be the best in the world at providing opportunity and empowerment to the veterans of our armed forces and their families… We have an unrivaled capacity to bring to bear our expertise in the professions, in disabilities, in entrepreneurship and information, and in the arts and sciences, for the benefit of our University and of those who have borne the battle and their families. So let’s just do it. Because if we do, we will have done so much for our University, for this country, and for our veterans.” 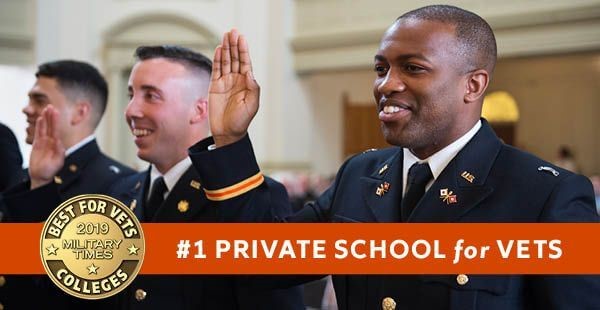 With the establishment of offices and programs like the Entrepreneurship Bootcamp for Veterans (2007), Veterans Legal Clinic (2008), Veterans Resource Center (2009), Institute for Veterans and Military Families (2011), and the Office of Veteran and Military Affairs (2015), Syracuse University has committed over and over again to its student veterans and veterans and military families across the country. 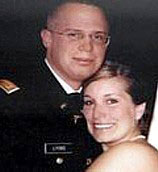 A biochemistry graduate of the class of 2003 who had initially planned on entering medical school, was killed in southern Baghdad, Iraq during Operation Iraqi Freedom in September 2006. Lyons is believed to be the first Syracuse University casualty of the Global War on Terror. Lyons’ friends and family established the James Lyons ‘03 Sons and Daughters Memorial Scholarship Fund to provide aid for the children of fallen veterans and veterans with disabilities. Lyons was a recipient of the Bronze Star, Purple Heart, and Meritorious Service Medal.

The three men below were in the Pentagon when it was attacked on 9/11 and courageously worked amidst the chaos.