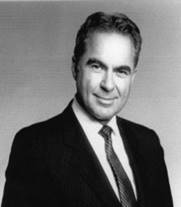 The son of Russian immigrants, Alan Gerry’s hometown was Liberty, NY. During WWII, Gerry dropped out of high school to join the United States Marine Corps and was placed in its electronics program.

After the war and with funding through the G.I. Bill, Mr. Gerry received vocational training that enabled him to start a tiny television repair business in 1951. Four years later in 1956, Gerry took $1,500 from his business and borrowed another $20,000 from seven local businessmen to create a cable TV company. He named the company Liberty Video initially, but after expansion into Pennsylvania and Massachusetts, he renamed it to Cablevision Industries grew it into a major enterprise.

Gerry’s company filled a clear market demand and became the country’s eighth-largest cable provider and largest privately owned cable company in the U.S., with 64 cable systems, 2,500 employees and 1.3 million subscribers in 18 states. In 1996, Alan Gerry sold Cablevision Industries to Time Warner Cable (TWC) for $2.7 billion, which landed him on the Forbes list of wealthiest people in America. Business Insider named him one of the 20 top billionaires to start literally from nothing.

Alan Gerry later founded Granite Associates, LP, an investment company focused on startup companies and emerging technologies in telephony and communications. He currently serves as chairman and CEO, assisting others hoping to make an impact in the communications industry as he had done.

Alan Gerry’s philanthropic and civic engagement goes on, as he created the Gerry Foundation, an organization dedicated to stimulating the economic revitalization of Sullivan County, NY. In addition, Gerry purchased and resurrected the original 1969 Woodstock festival site, renaming it the Bethel Woods Center for the Arts; established the Paul Gerry Dialysis Center in Sayre, Pennsylvania; and, along with other medical donations, is involved in Boston University’s research program in finding a cure for amyloidosis, a rare disease of the kidneys and heart. Alan Gerry continues to be a major benefactor of schools, colleges, medical institutions, and investment companies.

Accolades in the communications industry include his Vanguard Award in 1995 and induction into the Cable Television Hall of Fame in 2000. Gerry also received the Entrepreneur-of-the-Year Award from the New England chapter of the Institute of American Entrepreneurs, the Distinguished Citizen Award from the Boy Scouts of America, and the Americanism Award from the Anti-Defamation League. He received an Honorary Doctorate in Business Administration from Roger Williams University and one in Humane Letters from the State University of New York. 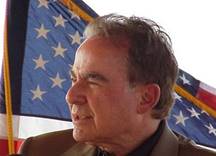 Notably, Alan Gerry maintains a long-standing philanthropic affiliation with Syracuse University, serves on our Board of Trustees, and is the namesake of the Alan Gerry Center for Media Innovation at the Newhouse School of Public Communications. Alan Gerry is an innovator, a philanthropist, and a family man, exemplifying dedication to the progression of communication and technological advances.

Alan Gerry is a benefactor and steward of Syracuse University and a veteran of the U.S. military. You should know his story.