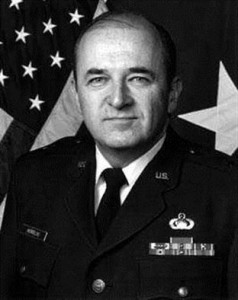 Herrelko received a Bachelor’s of Science in electrical engineering from the Massachusetts Institute of Technology (MIT)  in 1969 while participating as a cadet in the Reserve Officer Training Corps (ROTC). Directly after attending MIT, Herrelko attended Syracuse University, where he received a Master’s of Science in Systems and Information Science in 1970. With two engineering degrees from elite institutions, Herrelko’s first assignment was to Wright-Patterson Air Force Base in Dayton, Ohio, where he was a computer systems design engineer. With two years into his service in the Air Force and his love for college, Herrelko attended the University of California at Los Angeles (UCLA), where he earned a doctorate of philosophy in 1976. This PhD allowed Herrelko to successfully take on senior level positions within engineering and computer divisions.

From 1976-1980, Herrelko was stationed at Hanscom Air Force Base in Massachusetts, where he directed computer science-related activities with the Data Processing Branch of the Joint Tactical Information Distribution System Program Office. In addition, Herrelko also served as the lead systems engineer for two years with the Tactical Air Control Automation Program. This provided Herrelko with the ability to use his multiple engineering degrees and apply them to Air Force-specific programs. Recognizing Herrelko’s success, the Air Force transferred him to the Capital Region, where he served at Andrews Air Force Base in Maryland for two years as the executive officer for the Deputy Chief of Staff for Developmental Plans and Programs, and to the Pentagon, where he worked for four years. Before being transferred back to Hanscom Air Force Base in 1986, Herrelko was a senior research fellow at the National Defense University at Fort McNair in Washington, DC. Back in Massachusetts, he served in a variety of leadership posts from 1986-1991, such as program director of the North Warning System and the Communications and Airspace Management System, both within the Electronic Systems Division. His success at Hanscom followed him to his last assignment in the Air Force at Wright-Patterson in Dayton, the same base on which he began his journey with the Air Force. Herrelko stayed in Dayton from 1991-2000, where he was the vice commander of the Aeronautical Systems Center.

After a 29 year career with the Air Force, Herrelko retired as a Brigadier General in 1999 and began teaching at the University of Dayton, where he was the Bernard M. Schmidt Chair in Engineering Leadership. Through his eight-year tenure in the Engineering Department, Herrelko was able to mentor and excite his students about engineering in the same way that his professors at MIT, SU, and UCLA did for him.

Herrelko currently resides in Dayton, Ohio with his family, where he is an independent coaching and public speaking professional.

David A. Herrelko is an alumnus of Syracuse University and a veteran of the U.S. military. You should know his story.