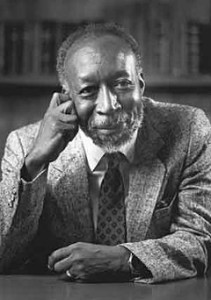 Williams was born December 5th, 1925 in Jackson, Mississippi. As a young child he and his family moved to Syracuse, NY where he grew up the oldest of 4 children. There, he attended local public schools and left before graduating from Central High School (where he played football, basketball and ran track) to enlist in the Navy in 1943 during World War II. Williams served as a medical corpsman in the Pacific Theater and was honorably discharged in 1946.

Williams did not get into the world of journalism directly following school. He first spent time working several public relations positions before landing a job with Ebony and Jet magazines as a European correspondent and briefly covered Africa for Newsweek in the mid-1960s. Williams soon realized that journalism was not meant for him. He felt the profession was only going to take him so far and was looking for more. As he did in college, Williams took to writing.

Williams began his writing career while still working as a journalist. He wrote 21 books, 13 novels, several of them were created based on his experiences growing up in Syracuse. In 1967 Williams wrote the classic bestseller, The Man Who Cried I Am and in 1998, his book Safari West won the American Book Award.

Throughout Williams’s professional career he held many different teaching positions at many different Universities and Colleges; College of the Virgin Islands, the City College of New York, Sarah Lawrence College, University of California at Santa Barbara, La Guardia Community College, the University of Hawaii, Boston University and Rutgers University. In 1970, he received the Syracuse University Centennial Medal for Outstanding Achievement and was awarded an honorary Doctor of Letters degree from Syracuse in 1995. While at Rutgers, Williams was named the Paul Robeson Professor of English and retired in 1994.

John A. Williams is an alumnus of Syracuse University, and a veteran of the U.S. military. You should know his story.