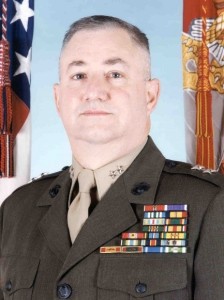 CEO of The Punaro Group, in addition to his role as Chairman of the Board of Directors for the National Defense Industrial Association

Major General Anthony L. Punaro is on the Advisory Board of the Maxwell School of Citizenship and Public Affairs, and also a military veteran. You should know his story because it’s a Syracuse University story—one that speaks to your past, our present, and our future.

Punaro was born and raised in Macon, Georgia, a city in central Georgia. Punaro left Georgia for his undergraduate degree, attending Spring Hill College in Mobile, Alabama, where he received a Bachelor’s of Arts degree in English. Soon after graduation, Punaro entered the United States Marine Corps; his first deployment was to Vietnam, where he served as an Infantry Platoon Commander. While in Vietnam, he was awarded the Bronze Star and the Purple Heart.

After his return to the US, Punaro went to Capitol Hill, working for Senator Sam Nunn (D-GA) on National Security matters. Punaro has 24 years of experience in national security legislation and policy, having served as Sen. Nunn’s Director of National Security Affairs, the Staff Director of the Armed Services Committee, and the Staff Director for the Minority. Throughout his time in the Senate chambers, Punaro has been involved in the formulation of all major military and intelligence legislation, in addition to being involved with the review of all major defense and intelligence activities.

In 1993, Punaro was mobilized for a second time, being assigned to Yugoslavia as Commander of Joint Task Force Provide Promise (Forward), which was a humanitarian relief effort (Operation Provide Promise) in Bosnia and Herzegovina. After his tour, Punaro returned to Capitol Hill, where he remained until 1997. Starting in 1997, Punaro worked at Science Applications International Corporation (SAIC) as a sector manager. Punaro was able to showcase his leadership skills and managerial expertise from his experience in the Marine Corps while at SAIC, which helped him gain new appointments as the Deputy President of the Federal Business Segment and then lead the SAIC’s Corporate Business Development organization. While at SAIC, he was in charge of all SAIC’s government affairs, worldwide communications, and their Small and Disadvantaged Business Office.

Punaro left SAIC in 2010 to found his own company, The Punaro Group, LLC, a Washington-based firm that specializes in government budget and market analysis, among many other activities. As CEO of the company, Punaro has been very active in Washington, both building his firm and also participating in Department of Defense activities. For example, Punaro was appointed as the Chairman of the Reserve Forces Advisory Board, which reports to Defense Secretary Ashton Carter, the Defense Business Board, and the Chairman of the Statutory Commission on the National Guard and Reserves in 2005, just to name a few. Punaro has experienced a multitude of successes, having been selected by Defense News as one of the 100 most influential people in US Defense in 2012 and 2013.

Punaro still serves as the CEO of The Punaro Group, in addition to his role as Chairman of the Board of Directors for the National Defense Industrial Association. He also serves on a number of non-profit boards, including the Syracuse University Maxwell School of Citizenship and Public Affairs’ Advisory Board, the Georgia Institute of Technology Sam Nunn School of International Affairs’ Board, and the University of Georgia’s School of Public and International Affairs Board of Visitors.

Anthony L. Punaro is an alumnus of Syracuse University and a veteran of the U.S. military. You should know his story.