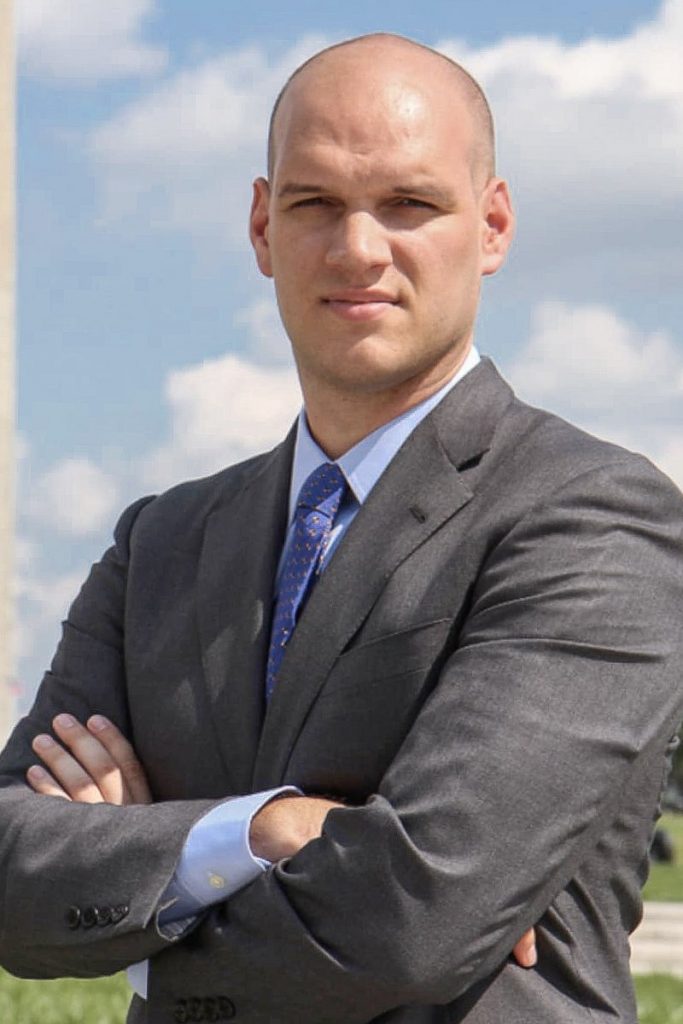 Offered through the Martin J. Whitman School of Management, the Online MBA Program enables its students to earn their degree from anywhere. Seefried says he wanted to pursue an MBA because while he had a lot of firsthand experience from advocating for the LGBTQ military community and helping fellow service members come out after “Don’t Ask, Don’t Tell” was repealed in 2010, he lacked “book smarts.”

“I had all this good street knowledge, but I didn’t have the book smarts that I needed to accomplish my next goals,” Seefried explains. As it turns out, the COVID-19 pandemic lockdown was what finally gave him an opportunity to pursue his continuing education.

Seefried is the co-founder of OutServe, an association of actively serving LGBTQ members of the military. Helping thousands of U.S. military personnel, OutServe is now the largest LGBTQ employee resource.

OutServe grew from hidden groups Seefried created, first on MySpace, and then on Facebook, eventually growing to about 7,000 members. “People wanted more than just the repeal efforts; they wanted to find friends and connect with people. This was happening not just stateside, but in places like Afghanistan and Iraq. One of the most important things to happen from OutServe in terms of affecting servicemembers was that people could, for the first time, sit down and have coffee together. That’s what changed people’s lives,” Seefried says, adding that he regularly received emails before this from servicemembers who were feeling suicidal and depressed.

Seefried is known nationwide for his advocacy work. In 2012, OutServe merged with the nonprofit Servicemembers’ Legal Defense Network. Seefried was voted co-chair of the board, making him the youngest co-chair of a major LGBTQ group. Before that, he worked tirelessly to advocate for the repeal of “Don’t Ask, Don’t Tell” as a liaison for the community with Pentagon and White House officials. During this time, Seefried—who says he didn’t know much about the policy when he first joined the Air Force—would appear in shadows during interviews on major broadcasting networks under the pseudonym J.D. Smith to protect his identity while he spoke out about what it was like to serve the country as a gay man under that policy. He also authored the book “Our Time: Breaking the Silence of ‘Don’t Ask, Don’t Tell’” in 2012.

Read The Full Story on Seefried